Posted on November 19, 2010 by theburningheart

Still I have a favor to ask of them. When my sons are grown up,
I would ask you, O my friends, to punish them;
and I would have you trouble them, as I have troubled you,
if they seem to care about riches, or anything, more than about virtue;
or if they pretend to be something when they are really nothing,
– then reprove them, as I have reproved you,
for not caring about that for which they ought to care,
and thinking that they are something when they are really nothing.
And if you do this, I and my sons will have received justice at your hands.

The hour of departure has arrived, and we go our ways- I to die, and you to live. Which is better God only knows.

SOCRATES,
APOLOGY
Now days it is easy to confound terms due to the little knowledge people have about the subject, like lets take the word Cosmology which will be easy to define as the study of the Cosmos, as the dominion of Science, Physics, Astronomy, Cosmogony, etc.
But this will leave out Metaphysics, and what the Germans know as Weltanschauung, simply translated as: World View.
It is a wide world perception, that encompass the fundamental cognitive orientation of an individual or society encompassing natural philosophy; fundamental existential and normative postulates; or themes, values, emotions, and ethics.  It is a concept fundamental to German philosophy and Epistemologyand refers to a wide world perception. Additionally, it refers to the framework of ideas and beliefs through which an individual interprets the world and interacts with it.

Cosmology is often an important aspect of the creation of myths  of religions  that seek to explain the existence and nature of reality.  In some cases, views about the creation (cosmogony) and destruction(eschatology)  of the universe play a central role in shaping a framework of religious cosmology for understanding humanity’s role in the universe.

A more contemporary distinction between religion and philosophy,esoteric cosmology  is distinguished from religion in its less tradition-bound construction and reliance on modern “intellectual understanding” rather than faith, and from philosophy in its emphasis on spirituality as a formative concept.

A postmodern discovery is that Cosmologies are not Tautology, since different cosmologies would have a different Truths, and that the non-precise tool of language, defines by sociological consent a truth not necesarly acepted in a different Cosmology.
The linguistic relativity  hypothesis of Benjamin Lee Whorf  describes how the syntactic-semantic structure of a language becomes an underlying structure for the Weltanschauung of a people through the organization of the causal perception  of the world and the linguistic categorization   of entities. As linguistic categorization emerges as a representation of worldview and causality, it further modifies social perception and thereby leads to a continual interaction between language and perception.
It is Science contemporary Men new Cosmology?

I know Science relay in evidence and not in Faith, but how truth that statement is?
Does not Science, or Mathematics require logic based in language to be expressed?
When it come to Mathematics we deal with numbers, but have we not deal with them in words? Can they be so abstract that putting in to words is just an exercise in futility?
Does not a Mathematical Hypothesis need explanation, and therefore words based on semantics? Godel’s Incompleteness theorems! It is the Axiom that makes the rules!
Now I got no problem with Science, as a system of knowledge, but I got a problem with individuals who lack the objectivity to see Science for what it is, and pretend Science to have a domain in the subjective, and that Science is the substitute for Religion, and wish, or want to believe that Science it is the only Truth, and the only Way.
In fact  Science it is a tool that depends totally in Man, and the use Men may decide to apply Science, regardless of what Science may offer. I have not to point out, to the fact that the use of Science as a producer of Technology has not always been  for the better of Mankind, as much as an enormous amount of misguided individuals who happen to embrace Science as a form of Religion, sometimes aggressively condemning Religion in general but for the many grivances it has brought in to Humanity, conveniently forgetting the many ills brought by bad technology and by the same Scientist that suppose to uphold this new Tautology in the Logic meaning of the word.

Scientism is the belief that the scientific method and scientific findings are the sole criterion for Truth. Like any other belief system or Cosmology scientism it is ingrained in the culture of our day, it is the background sight, and noise of our current civilization, even the majority of people of a Religious bent, can’t subtract to this contemporary zeitgeist, we see the World in the terms we have learned through school, and our institution of higher learning like colleges and Universities, the momentum of Science it is in everything, from the new gadget you bought, to the daily news you see, or hear every day. We simply take for granted that whatever claim made by scientists, has to be true, and that the Universe described by this people no different than you, and me in their subjective Humanity, and therefore fallible as everybody else may be in the wrong track, specially when they invade a realm they do not know nothing like the Subjective!
What lays buried way deep in a distant mist is that, and I will emphasize this words for those who may have trouble to understand this: The Knowing Self cannot be known as object, only as subject!
Men as the source of the knowing Self, still is, and will be for the foreseeable future the ultimate frontier, and will remain the Axis were the objective Universe will rotate, because without us, and our cognitive power the Universe will not exist period! Now with this I do not want to imply that the objective Universe depend for it’s existence on Men this little speck of Cosmic dust floating in this immense Ocean. But certainly without Man as a witness wouldn’t  matter, one way or another! So it doesn’t matter what Science may discover out there, it is not its  function to deal with the Knowing Self. For those that find this position Solipsistic, please read my blog entry of February 26, 2010: On Solipsism, Why It Gets A Bad Rap.

Men is the Axiom where everything else depends, and our problem with the current affairs on our delusion of advocating Science powers that are beyond its capabilities, like bringing in a non distant future an Utopia for Mankind, we should be mature enough to recognize, no material gain brought by Science and technology whatever may be will bring us happiness, inner peace, contentment, and satisfaction, when it is clear this are subjective qualities totally dependent on our inner state of Self, and nothing to do with the objective world, sort like the common but proven so many times wrong believe that money will be the solution to all our problems, like if our needs are only for objective, concrete things!
When a  young man in the decade of the sixties I was enthralled by NASA Apollo program and the landing on the Moon in 1969, reading in popular pro-scientific magazines the predictions of this new prophets of Science, that by the beginning of the 21St Century I would not need to work at all, that machines would do every job, and we wouldn’t need to worry  for my sustenance, and that it would be a good idea for us to prepare ourselves for an age of constructive idleness, and abundance…Alas, If only my boss would be so enlightened! As for the landing of the Moon I will not get in to it, but please search  in your engine for Alex Beam a Globe columnist of Boston.com article of February 9, 2010: Good riddance, man on the moon. Also check how the comments are emotionally negative in most part of the readers since of course the article profanes the Altar of this current Cosmology.
If anything, every time some new information about a Scientific finding, or  a new discovery, conveniently supported by millions of our tax dollars, makes me wonder what better use we could put that money in to,  if this has not made me a Luddite, or a total cynic, certainly has transformed me in to a non-believer of this Science as Religion nonsense, let’s return to ourselves and find within Us, the Real Self. 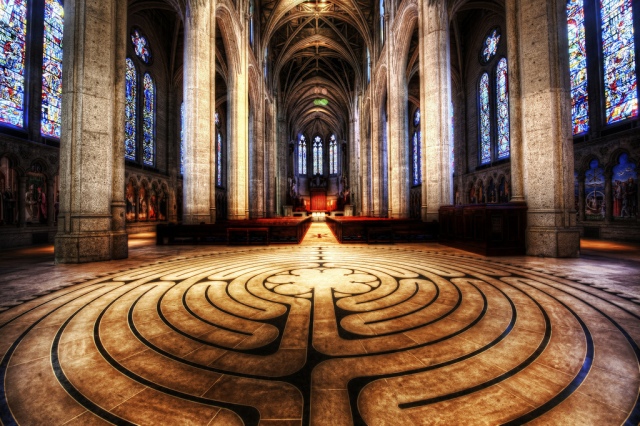